Choice of Law Provisions: No Escaping the Plain Meaning of the Contract 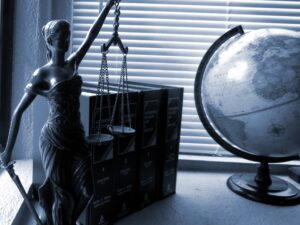 Choice of Law, otherwise known as the “governing law” clause in a contract, allows the parties to negotiate and agree on which particular state’s law would be adapted to interpret the Agreement and any issue arising from that contract.  However, there are certain situations where one or both parties disagree with the application of the Choice of Law Clause stated on the contract. In New York, the Court handles these challenges by assessing the Agreement’s validity, and if applicable, gauging which state has the most significant contact concerning the contract and then applying its law.

How Do New York Courts Enforce the Choice of Law Provision of an Agreement?

In general, New York Courts adhere to the rule that the Choice of Law Provision of a contract is valid unless proven otherwise. More so, the Courts respect the parties’ freedom to contract, including deciding on the subject to the law of whatever state they wish.

The parties to any contract, Agreement or undertaking, contingent or otherwise, in consideration of, or relating to any obligation arising out of a transaction covering in the aggregate not less than two hundred fifty thousand dollars … may agree that the law of this state shall govern their rights and duties in whole or in part, whether or not such contract, Agreement or undertaking bears a reasonable relation to this state.

What if there is a Dispute Between the Parties Regarding the Contract’s Choice of Law Provision?

However, there are situations where parties object to applying the Choice of Law clause even if it was clearly stated on the contract. In these situations, the New York Courts apply the following:

How Do You Determine Significant Contacts?

The New York Courts apply a significant contacts test if there is a dispute between the parties regarding the Choice of Law.

The Court will analyze which state has the most relative connection to the parties, the formation of the contract, and the issues that arise from the Agreement. Some of these actions may include, but are not limited to where:

Would New York Enforce a Choice of Law Provision Even If the Contract Has No Connection To New York?

Generally, it would. As stated above, New York Courts respect the contract’s choice of law provision provided that it complies with the N.Y. General Obligations Law § 5-1401(1).  However, there are exceptions to this general rule. Some of these exceptions include, but are not limited to:

In the event that the New York Court determined that it cannot enforce its law, then it would apply the significant contacts test. Understanding contract law, including, but not limited to, forum selection clauses and other issues that may arise from the Agreement, can be complicated and technical. Our law firm can help you navigate through the process and represent your interests.