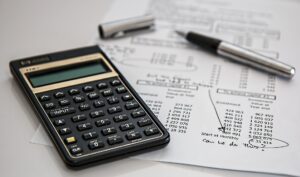 The Security and Exchange Act of 1934, Section 10(b) and other relevant laws, contain anti-fraud provisions that obligate any persons and/or entities that engage in the sale of municipal bonds to meet strict disclosure requirements. When the sale of low quality bonds contributed to a financial crisis in 2008, the SEC retooled and strengthened it’s rules and enforcement measures in an effort to protect the public. In recent years the SEC has taken strong action when issuers and sellers of municipal bonds fail to file financial statements, issue fraudulent financial statements, fail to disclose conflicts of interest and other violations.

What Are The SEC Requirements For Municipal Bond Underwriters?

The enforcement division of the SEC investigates and prosecutes violations of the anti-fraud provisions applicable to the sale of municipal bonds and has broad authority to impose remedies. Some of the common types of violations are failure to provide financial information and notices as part of a bond offering and taking kickbacks. For example, in 2013, the SEC charged a school district in Indiana and its municipal bond underwriters for failing to submit any of the required annual reports or notices for a prior year. The SEC investigation revealed that in addition to failing to file financial statements, City Securities, the company that had underwritten the bonds, had improperly accepted gifts. The fraudulent scheme involved Rand C. Ruhl, head of City Securities public finance and municipal bond department providing representatives of municipal bond issuers with cash and items of value and later charging these items back to the issuers pretending they were “printing costs.” When presented with the evidence of their violations of Section 171(a) of the Securities Act, Section 10(b) of the Exchange Act and Rule 10n-5, City Securities and Randy F. Ruhl settled by paying over $500,000 and other penalties including being barred from a wide range of investment activities. In 2020, the SEC charged Park View School, a Prescott, Arizona charter school and Debra Kay Slagle, its former President, with fraud for misleading investors in a 2016 bond offering. The allegations included issuing false statements about the school’s profitability and timetable for repaying investors, painting a misleading picture about the investment. Investors were shocked when Park View defaulted one year after issuing the bonds by reducing the interest payments. The investigation revealed that Park View had experienced large operating losses and had made many unauthorized withdrawals from reserve accounts to cover routine overhead. Park View and Slagle agreed to pay a $30,000 penalty and to be enjoined from offering municipal securities in the future. On August 26th, 2021, the SEC instituted charges against Arkansas based Crews & Associates and their former CEO Rush F. Harding III for “unfair dealing” regarding a municipal bond offer. LeeAnn G. Gaunt, Chief of the Enforcement Division’s Public Finance Abuse Unit brought these charges because the company willfully did not disclose their financial interests in a municipal bond offering to buyers in violation of the Municipal Securities Rulemaking Board (MSRB) rules. Crews & Associates was ordered to pay disgorgement and prejudgment interest of $44,072 in addition to a civil penalty of $200,000. Harding was personally required to pay $146,481 and has agreed to limit his activities for a period of time.

In 2015, the SEC brought its first enforcement under the Municipalities Continuing Disclosure Cooperation Initiative (MCDC) against 36 municipal underwriting firms. The MCDC is a voluntary program intended to encourage self-reporting of violations by offering favorable settlement terms to municipal bond issuers and underwriters that report their own violations. The SEC’s action was against some of the largest underwriters of municipal bonds in the United States and the settlements include provisions to improve due diligence and other procedures going forward. The civil penalties were based on the size and number of fraudulent offerings up to a cap of $500,000. Each company also agreed to hire consultants to review their procedures and policies for municipal underwriting in an effort to prevent these problems from occurring again. The following companies paid penalties of $500,000 under SEC orders:

In 2016, 71 municipal agencies were charged under the MCDC initiative. According to Andrew Ceresney, head of the SEC Enforcement Division at that time, the diversity of the entities involved shows how pervasive and widespread a problem this is in the municipal bond market. An analysis of the settlements showed egregious non-compliance across the board. For example, the City of Alameda California failed to make any of their required filings from 2008-2012 and their offerings had many material misstatements.

The SEC requirements for underwriters are intended to put pressure on municipal issuers to provide more timely, accurate and comprehensive information to investors in order to obtain favorable underwriting terms. To avoid liability, the SEC recommends that municipal bond underwriters institute practices and procedures designed to ensure that all public disclosures reflecting on the creditworthiness of any issuer of municipal bonds are accurate and backed up by data. It’s important for municipal bond issuers to understand that any statements made by their officials about the financial condition of a municipal issuer must be carefully considered to avoid even the appearance of impropriety.